The history of the pilgrimage site in Stekník is associated with the miraculous effects of the mineral spring discovered by the castle chaplain. Many professional publications have been devoted to its effect. After 1766, the owner of the manor, Jan František Kulhánek of Klaudenstein, had a chapel built there. Consequently, the castle chapel of the Visitation of the Virgin Mary and St. John of Nepomuk, which was consecrated in 1783, is being built. The chapel is decorated with frescoes, Baroque paintings by Ignác Raab and the altarpiece by Kryštof Secl. There are pilgrimage festivities on the feast of the Visitation of the Virgin Mary, where a procession from today's Most-Zahražany and the entire Postoloprty manor were organized. The sculptures of the Immaculate Virgin Mary, St. John of Nepomuk, St. Florian and St. John the Baptist, which were moved to the castle courtyard in the 1970s, commemorate the fame of the pilgrimage celebrations. In the vicinity there are also many small sacral monuments in the form of statues, crosses and niche chapels. 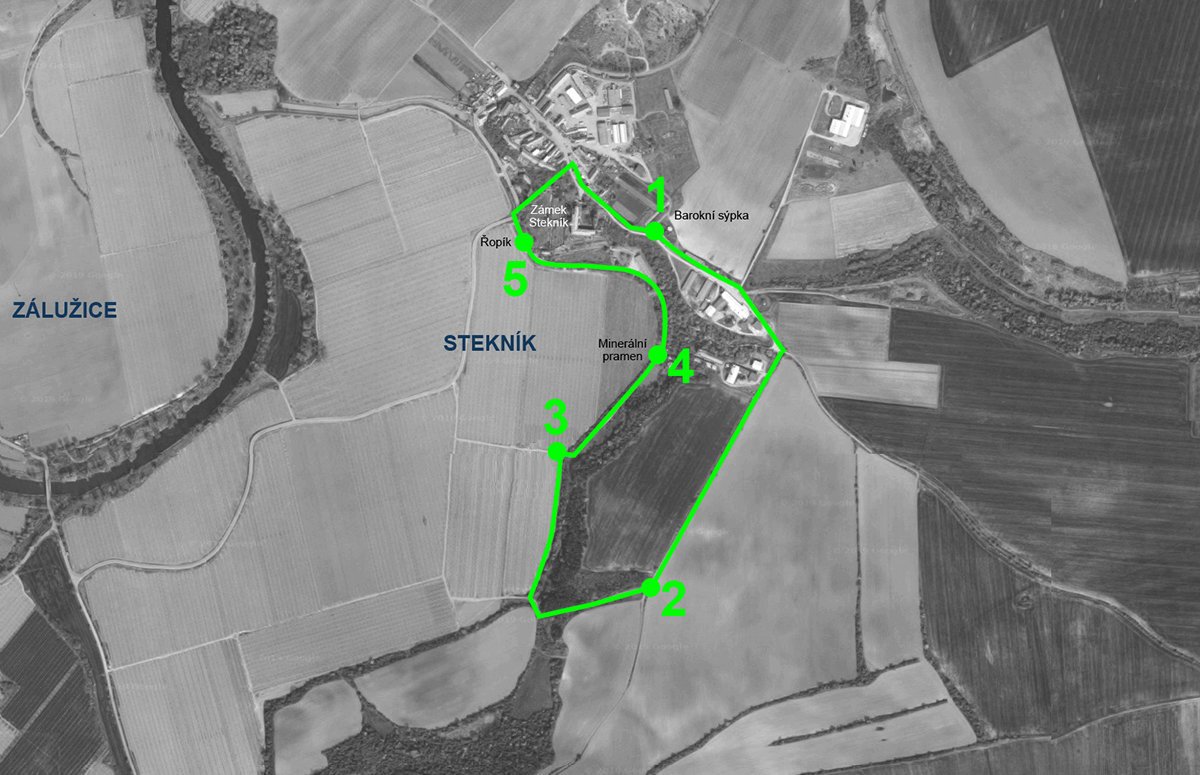 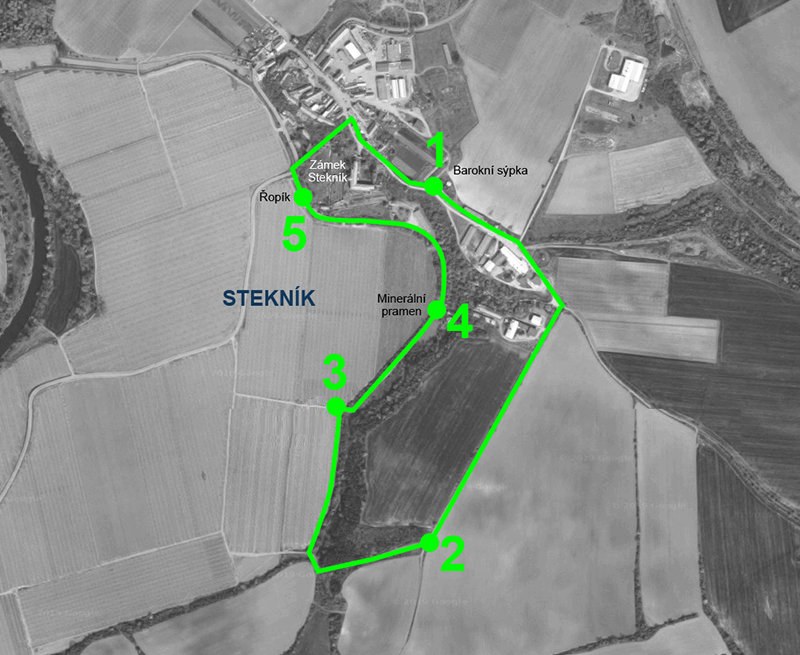 4 Stekník the place of pilgrimage

The history of the pilgrimage site in Stekník began in 1760, when the first application for the construction of the chapel in Stekník was submitted. The request, which was received at the Archbishopric of Prague, was accompanied by a plan of the chapel, prepared by the Žatec builder Johann Paul Loschr. It was envisaged that the chapel would be affiliated to the castle and consecrated to the Visitation of the Virgin Mary and St. John of Nepomuk. This was followed by a second construction request in 1767 and the construction itself. The chapel was consecrated in 1783.

The chapel is decorated with frescoes, baroque paintings by Ignác Raab and is dominated by the altar paintings by Krištof Seckl, which depicts the scene of the Visitation of the Virgin Mary at St. Elisabeth. Pilgrimages to the Marian feast, on July 2, when the procession was to be held in Stekník from Záhražany (today’s Most district), as well as from the whole Postoloprty estate, where documented. The pilgrimage period is also commemorated by statues on the castle´s courtyard dating from the 1860s, which originally lined the pathway between the baroque granary and the castle. Among them is the Immaculate Virgin Mary, St. John of Nepomuk, St. John Křtitel and St. Florian. Several sculptures, chapels and crosses have also been preserved in the surroundings of the village, reminiscent of pilgrimage festivities leading to Stekník.

The healing effects of the mineral spring in Stekník were known as early as 1750, when it was discovered by the former chaplain, Abundus Krempelsetzer. In 1766, the local doctor O Réily wrote about the spring in the Latin file “Tractum de ortu ac indole Contentis viribus medici, ac debito usu, aquarum mineralium Stecknicensium”. After this year an octagonal chapel was built above the spring. The miraculous effects of the spring were one of the preconditions for the construction of the castle chapel and the origin of the pilgrimage tradition. The mineralization of water occurs due to the dissolution of sulphates, which arises from oxidation of sulphides in claystone bedrock with the frequent occurrence of gypsum crystals. The water has a pH of 3,4 and a solute content of 3 g/l. The spring is one of the so-called bitter waters used in the treatment of diseases of the digestive and alimentary systems. Dissolved substances include iron, magnesium, calcium, sodium and other minerals. According to various sources, water has better health effects than spa springs.

The local spring is associated with the legend from the Thirty Years War, when it was to heal Swedish soldiers infected with typhoid.

The Roman Catholic parish of Liběšice near Žatec has announced a public collection to save this chapel in Stekník. Any amount will be appreciated. Information here (only in Czech): https://www.libesice.com/podpora/